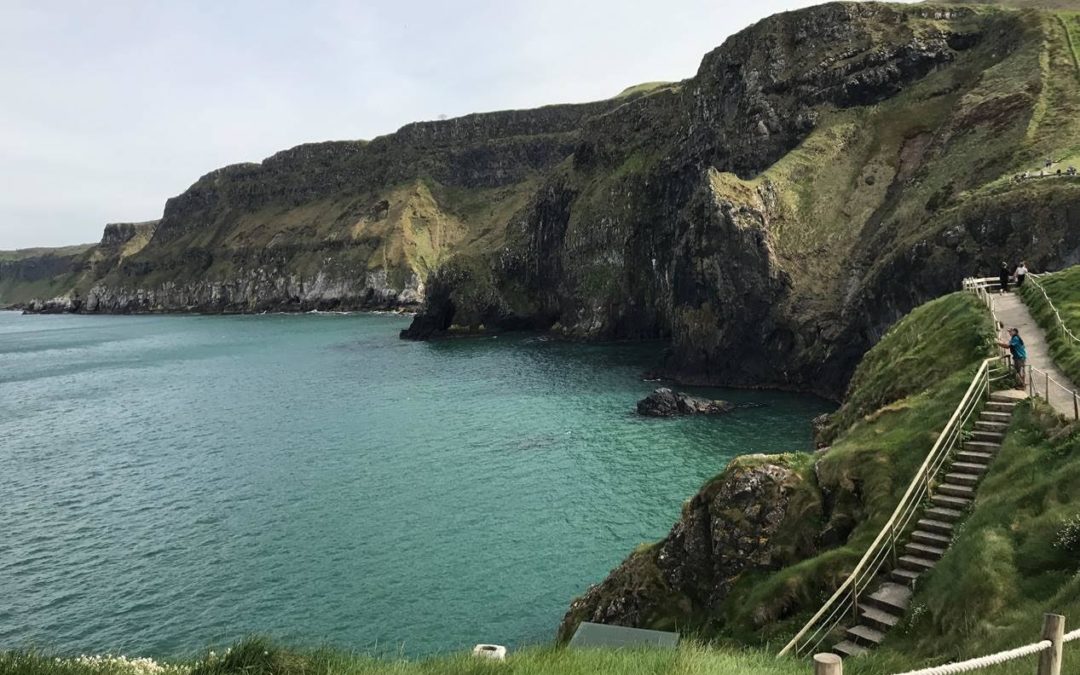 My wife Christine and I had the pleasure of picking up our youngest, Keirra from her semester abroad in Cork, Ireland. Christine put together quite a trip! We explored a majority of the island from south to north, mostly via the Wild Atlantic Way coastal road on the west coast. We also made it to Dublin.

If you are going and want to explore in your own vehicle, I highly recommend that you practice a manual shift car, traffic rotaries (round-abouts) and driving on very narrow roads. OMG it a white-knuckle adventure! You are driving on the wrong side of the road (for us Americans), shifting with the wrong hand and trying to drive roads that are barely the width of the car (we had a small SUV). Add in that the Irish have been doing this their entire life and like to go fast, you get the picture. One of the rides that was the most harrowing was Conor Pass on the Dingle peninsula in Ireland. Once was enough!

We stayed in AirBNBs to get the feel for the people and countryside. As everyone says, the locals are very nice and helpful. While hiking the Deserted Village on Achill Island in Ireland we met a local farmer who was herding his sheep with his eighteen-month old border collie (one smart dog!) The farmer, in his late sixties, had worked for the Goodyear tire company in the U.K. He had so many stories about the island, the people, history, and changes over the years. We literally spoke with him for close to two hours on the countryside. That conversation alone was worth the trip.

It was so difficult to choose the picture to include, such beauty in Ireland. The one I included is from the walking rope bridge (over the ocean) area, up the road from the Giant’s Causeway in Northern Ireland.

What a fantastic trip, including a pint at the famous Guinness brewery!